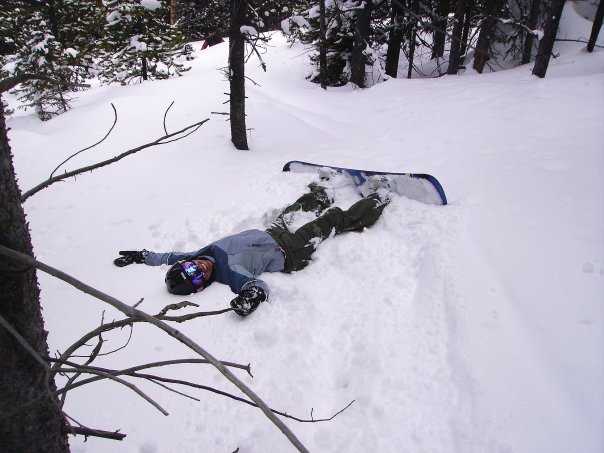 Have you heard the ski myth to wear two pairs of socks because your feet will be warmer?  Or the classic myth that ski season ends in March?  Maybe on the east coast the season ends in March (I'm from the east coast, so I can attest our home mountains were lucky to even make it to March.  But alas, here in Steamboat, we are open until mid-April.  My personal favorite months to ski are March and April.  Spring storms with fresh snow, to warm sunny days and longer daylight.  If you have not yet booked your ski trip to Steamboat, book it now.  The season has just begun!

What are your favorite ski myths?  Are you that person who thinks we are done skiing in March?  Below are the top 10 common ski myths courtesy of friends at Rocky Mountain Ski and Board.

2.  MYTH: Lean forward while you ski.
Your goal when you ski should be to be centered. This way, you can use the whole ski, and your pivot point is directly under your foot.

3.  MYTH: You should ski with your feet as close together as possible.
Again, the idea is to be as centered as possible. Keeping a wide stance keeps you balanced.

4.  MYTH: Dig your edges in when it’s icy.
Actually, you need more balance. Digging in your edges will only throw you off balance.

5.  MYTH: If there are tracks to follow, it's safe to ski off piste.
You do not know what equipment was used to make those tracks, or how experiences the skiers were. It is better not to take the risk.

6.  MYTH: When you are skiing off piste, you should always lean back.
You should try to maintain a centred balance in order to control the skis under your feet. You should bring your skis closer together, bounce more, and stay centered.

7.  MYTH: Wear thick, wool socks to keep your feet warm.
Socks that are thick will make you sweat more, which will become increasingly more uncomfortable as you cool down. It is better to wear thin socks that are not made of cotton, which retains moisture.

9.  MYTH: Trail ratings always accurately measure difficulty.
The trail ratings on trail maps are relative to the ski area and are not universal. Additionally, snow conditions also play a role in the difficulty of skiing in that area. For example, a double-black under 5 inches of fresh snow may be easier than a single-black full of rock-hard moguls.

10.  MYTH: The fewer the trails, the smaller the ski area.
The number of trails can be skewed very easily. For example, some ski resorts take one trail and split it into upper and lower trails, turning one run into two. Additionally, their longest run is often not really what you would expect; it is sometimes a long catwalk that no one would actually want to ski all the way down.